The Indian Child Welfare Act (ICWA) is a long-standing federal law protecting the well-being of Native children by upholding family integrity and stability within their community.

Brackeen v. Bernhardt is the lawsuit brought by Texas, Indiana, Louisiana, and individual plaintiffs, who allege ICWA—a federal statute that has been in effect for more than 40 years and has helped thousands of Native children maintain ties to their families and their tribes—is unconstitutional. It is the first time that a state has sued the federal government over ICWA’s constitutionality.

Your voice matters, and we want to invite each of you to participate in ICWA advocacy no matter where you live. Speak up, speak out, and show the world that Indian Country is #ProudtoProtectICWA. Never participated in a Tweet Chat before? Learn more about them here.

The Twitter Chat will be one-hour long with a new question every fifteen minutes of the hour. The first question tweet to answer will start with “Q1,” the second will be “Q2,” and so on. Tweet your response with “A1” for “Q1,” and “A2” for “Q2,” etc.

9:15 am PT | Q2: Why is #ICWA important to Native children, families, and Native communities? #ProudtoProtectICWA

9:30 am PT | Q3: #NativeYouth: What is the most important thing you would like decision makers to know about ICWA from your perspective or experience? #ProudtoProtectICWA

9:45 am PT | Q4: How are Native communities working together to help #NativeChildren and #NativeFamilies thrive? #ProudtoProtectICWA 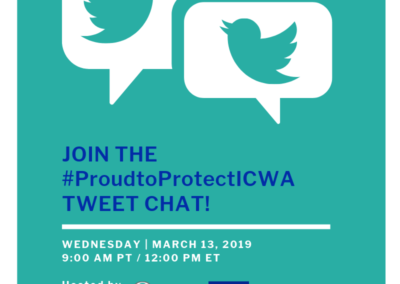 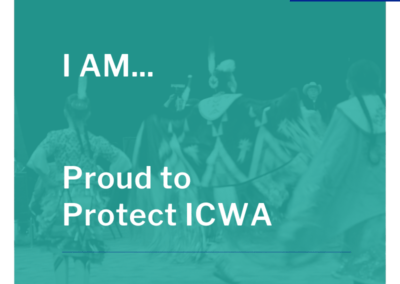 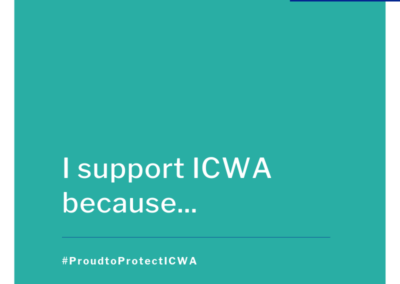 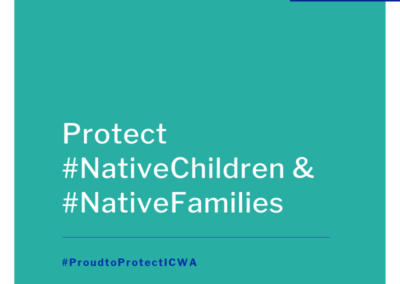 Stay up to date on ICWA Advocacy