How to be an ICWA Champion

Prior to the passage of the Indian Child Welfare Act (ICWA), large numbers of American Indian and Alaska Native children were being removed from their homes and communities. Since ICWA’s enactment this number has decreased substantially. This has been in large part due to the efforts of tribal and urban Indian organization representatives regularly advocating for proper implementation of ICWA.

Why is ICWA advocacy important today?

Even with ICWA requirements, the national rate of removal of American Indian and Alaska Native children from their homes is 2.6 times higher than their population rate and much higher in a number of states. ICWA advocacy can take many forms and there are ample opportunities to ensure greater protection for tribal children and families in state child welfare systems.

David Simmons, NICWA’s government affairs and advocacy director, attended the Oregon Tribal-State ICWA Conference to share his perspective on the Brackeen v. Bernhardt federal lawsuit challenging ICWA’s constitutionality and becoming a culturally competent practitioner in child welfare. The Oregon Tribal-State ICWA Conference provides an opportunity for the Department of Human Services, child welfare attorneys, and tribes to discuss how they can improve services to Native children and families through various workshops and presentations on policy and practice issues.

What does it mean to be an ICWA champion?

Why is it important to include non-Natives in this conversation?

It’s important to include non-native people in the conversation about ICWA because many of the professionals working with Native children and families are non-Native people. It’s important for all individuals to understand different cultural perspectives, especially when their work can have such critical and long-lasting changes on the children and families they come into contact with. Evidence of the need for improving knowledge and skills in how to work cross-culturally is that over 90% of the Oregon Department of Human Services child welfare staff are non-Native, but Native children and families represent a growing population with the state child welfare system. 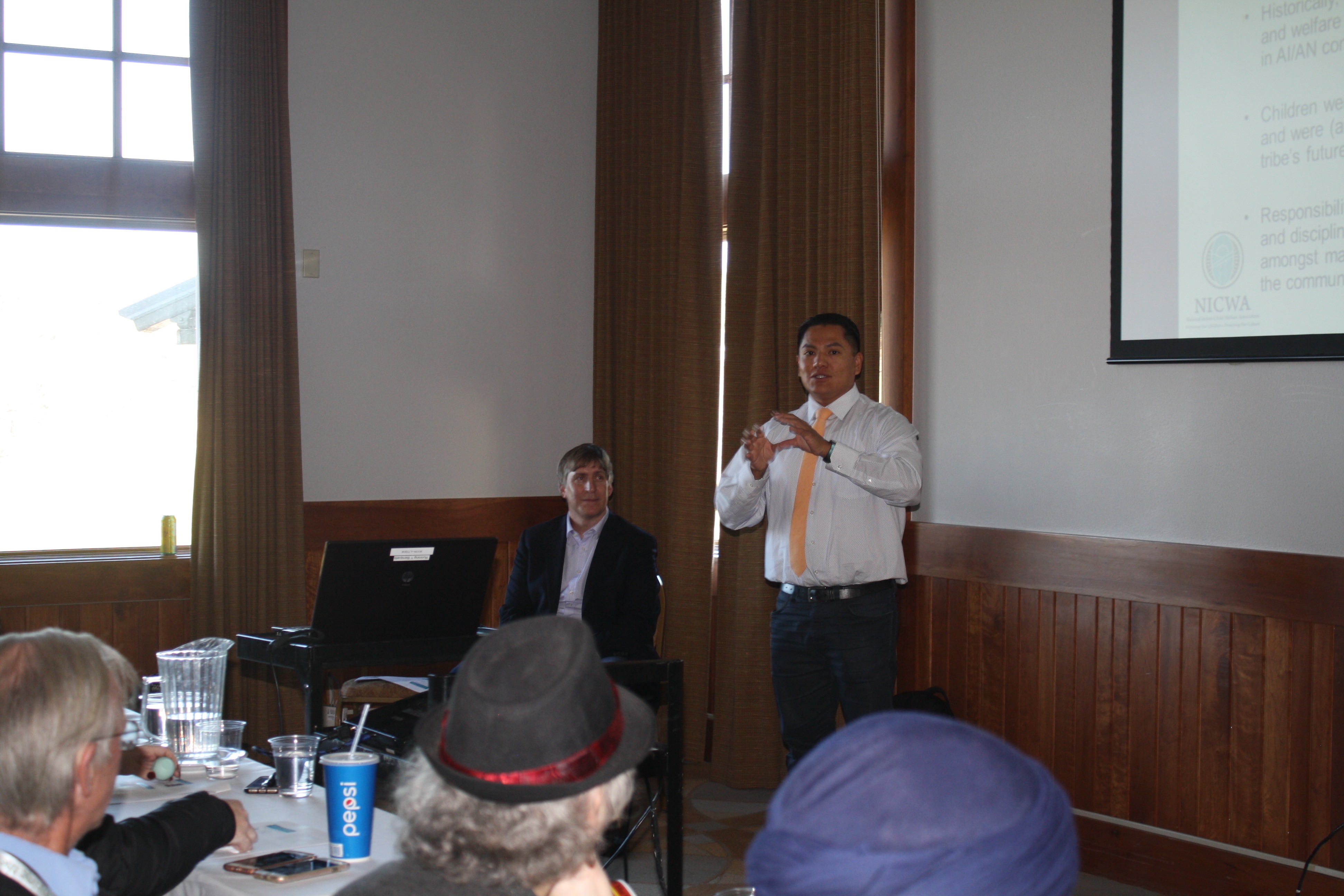 Adam Becenti, Director of the Office of Tribal Affairs for the Department of Human Services presenting at the Oregon Tribal-State ICWA Conference